Remember when I told you about a month ago how I love lists? And promised I will keep you updated how I manage to keep up with my hundred-and-one “to do” -lists? You can see all links to my lists under the Hollywood sign. There’s four of them and when you go and check them, you’ll see I’ve got more than hundred-and-one things to do and most of them are about films. Surprisingly. But here we go, the first update on The List Lover’s calendar. 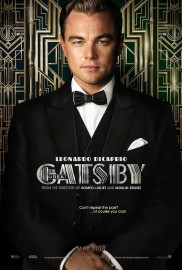 The first I’ll take the 50/50 challenge. It’s about reading and watching movies. I’ve been really lousy at both recently. And you can see from my previous posts what I’ve been watching. I haven’t been reading at all. Or well, I’ve read some magazines but that’s all. I did start a new novel to add to those eight ones that I’m already reading… But it’s a classic and fairly short one. I try to finish it before the movie version hits the theatres. So, all in all, since the posting of the first List Lover’s post, I’ve watched total of nine films. Pitiful. But I’m still ahead of the last year, with seven films. Wow. Yeah, I need to do better.

The next update is for my Bucket List. I have achieved zero things on that list. But I have taken a little steps to get a little nearer of some of the goals. 56.Create an ultimate deserted island -record (max. 20 songs): I have the playlist on Spotify where I put all the songs that I don’t get tired of. I think there’s three songs now. So, only 17 to go. Get a meaningful tattoo: Today I started to collect tattoo ideas to Pinterest and yesterday I talked with my friend who’s tattoo artist about it, the cost, the time and so on. 84.Get a basic wardrobe: this one I’m doing weekly or more. My friend, who has a great taste, wrote me a list of basic wardrobe she thinks I need and I’m trying to get it now. And from that number we can get to my next list. 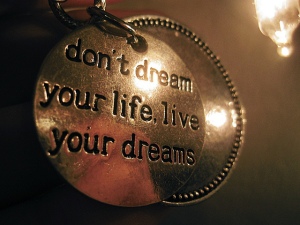 101 Things is at the moment my favourite list because it seems to me that I can actually accomplish those goals. I’ve done a bunch of things to get nearer to some of the targets. I did finish my pre-tasks for the applied sciences uni to study Film and Television, I am reading for uni to study Journalism and I did go to entry exams for International Business. So, the number one on the list is in the making. For numbers five and 74 I got the good news from Midnight Sun Film Festival in Sodankylä, Finnish Lapland. They invited me to work as a volunteer in June. And Cristian Mungiu will be there! For the number 21, I started to read The Great Gatsby. And did some paper shuffling for the number 29. The number 36 is almost done, only two bars to go. And for 84 we marked ourselves for the waiting list of Noma while in Copenhagen this summer.

I did achieve some of the goals. The first I joined Pinterest and I’m quite fond of it already. I got a tiny heritage the last week, so I also achieved the target number 23. And I made a short film, a very short, but still. It was for the pre-tasks but again, still. It counts. And I have started to wear more feminine clothes (58) but I’m not crossing it over yet because I want this change to last. I also have that five bottle of wine (87) at home because of my friends who brought them to me when I had my birthday dinner (I’ll blog about that later!) but I need to see that it also lasts before marking it.

So there you go. I have manage to make my life a tiny bit better during the last five weeks. And I will continue doing that. And maybe, perhaps, inspire someone else to do that too.