Synopsis: “As the war of Panem escalates to the destruction of other districts by the Capitol, Katniss Everdeen, the reluctant leader of the rebellion, must bring together an army against President Snow, while all she holds dear hangs in the balance.” (IMDb)

Spoiler-warning for those who’ve read the books.

I liked original Hunger Games. I’ve seen it now about 4-5 times or so and it is still very good. I liked Catching Fire as a movie even more, it had this nice energy and Katniss as heroine was developing nicely. I also liked the first two books a lot. I didn’t like that much the last book of the trilogy except maybe the very ending that was kind of soothing. And I didn’t like the first part of Mockinjay films that much. And sadly, and I really mean it, it is sad, I find the last installment the weakest of the whole bunch. 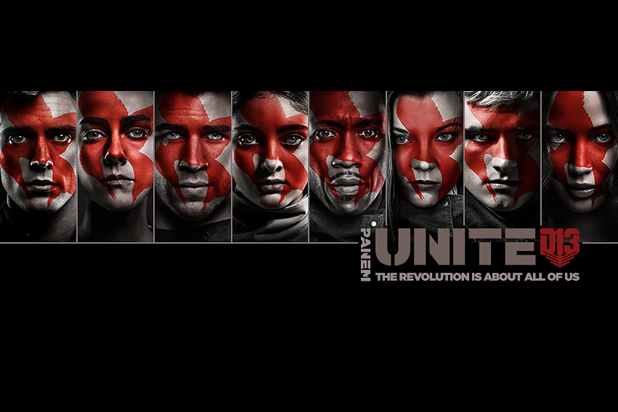 Basically everything is there. There’s action, there’s emotion, all of the characters that are still alive are there (albeit most of their screen-time is in minimum level) and there is even some nice dialogue. But then again, Mockinjay Part 2 is also lacking in everything. It’s quite blah. I wasn’t totally bored but I was hardly excited and that seemed to be overall opinion yesterday evening in the sold-out screening where I saw the film. You could feel the audience being bored and wanting to leave already. Especially towards the ending that seemed to go on and on. It’s not exactly director’s fault as he is quite loyal to original material. It’s probably because the original material is not very strong.

My friend said to me that I should take tissues with me as I’m usually the cry-baby of my peers as she cried her eyes out while watching. I have no idea why. I wasn’t really moved by the film. A tiny bit, yes, but not as nearly as much as I hoped I would be. And in this kind of “last of the bunch, let’s hit it hard” -film you should really feel it. Return of the King -like. Really feel it. But again, it is the same in the final book. It kind of settles. Problem was that in the film it feels false when in book, like I said, it kind of carried the message that life goes on and is soothing. I think that was the point of the film as well but it just felt over-reached and pointless. Especially the last scene made me feel nauseous with its settings and colours. Ugh.

What I missed the most was a little bit more humour and fun writing; there were some but not enough. Then again, it is said again and again, that “we’re in war” and it’s not funny business. At all. I also missed a lot some of the characters, like Effie and Haymitch (played by always-great Elizabeth Banks and Woody Harrelson); they are there but the parts are so small that it’s almost waste of time to have them there at all. Most of the cast suffers the same faith.  Then again what I liked is that Mockinjay Part 2 is as relevant as the first part. What can we justice for our own beliefs? A question that everyone should think.

And finally what makes this film worth of your time? Katniss Everdeen aka Jennifer Lawrence. She’s the star and again she reminds us why. There are few points where I felt like she was struggling with director’s instructions and couldn’t really settle in the scene and I kind of want to blame the writing, those scenes are stupid (again, the last one…). But in bigger picture, this is Katniss’ show and Lawrence is her. Someone somewhere already wrote that there’s a part of Lawrence in Katniss and I tend to believe that’s true. It looks effortless for Lawrence, like Katniss is her second skin. She’s such a great actress.