Wow! I didn’t even realise how amazingly lazy I’ve been again. With posts in general but especially with my updates. So, let’s take a look where I am at the moment, in life and movie world.

Did you, guys, realised that my 101 (which is 55 these days) has its deadline already in March?! I sure didn’t! Well, I’m certain that I won’t be able to travel to all those destinations mentioned on it. Pity. But at least I will be travelling somewhere (come January and I’ll be heading to Florida and The Bahamas!!! Yay!). Anyway, let’s take a look if if I’ve managed to do anything… Heh, yeah, I went on a date (#8), a very, very nice date. In May already. Pity it didn’t work because I liked the guy a lot. He was clever enough to suggest that we will go to see a film in local art house cinema and even was willing to see Son of Saul, not exactly the first date material. The other thing I did was taking a selfie every month for a year (#16):

There are pics from June 2

015 to March, April and May are somewhere in social media and  I’ll let them be as they’re not that good. But here’s me now, taken this Tuesday. I cut my hair after couple of years keepin’ it long.

Ok, enough of that. What else I’ve managed to do from my list… I did saw the northern lights when I was working in northern Lapland from February until April. I will go back there on 5th of September and this time I’m planning on staying there until the next spring. I also visited there the last week. Here are some pics from northern Norway where I visited for the first time ever: 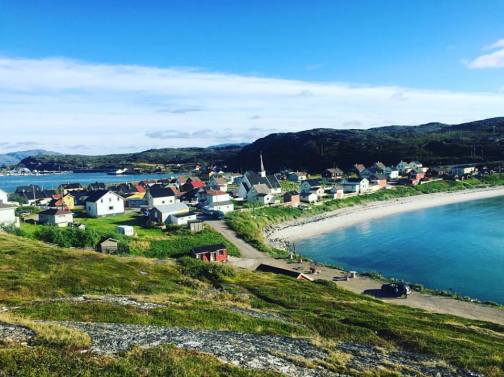 Btw, if you’re interested in checking out more of my pics, follow me on Instagram, the name fairytalepictures. I also use Snapchat, feel free to add me, it’s satufp (my first name and letters from the blog). I’d love to follow you guys too if you use any of those.

So, three things in, what… a year?! Wow, talking about laziness… What about life goals aka the bucket list? Have I done anything? I kinda doubt it. And yep, I was right, I haven’t done anything. I better start, life’s short, huh?

In February I said I will go and post a list of films I watch every month. Did that happen? No.

So, let’s take a look now what has happened my 50/50 list. I can’t even remember when I watched those films. Thankfully (read: sadly) there aren’t that many. I’ve only read two books this year (it’s kind of hard to believe, I really though I’ve read more) but as I’m going to Lapland in a week, I know that I will have time to read more, so it’s still possible to get my 12 books before the end of the year. Right now I’m reading this novel called The Hundred-Year-Old Who Climbed Out of the Window And Disappeared and I recommend it gladly! It’s so funny, interesting, heartfelt and just absurd. I love it! They also made a film of it, it might be worth to check out too.

And to films! I’ve seen 66 films this year, so far. 16 of them I saw in cinemas despite the fact that during two months I didn’t really have proper access to them. Well, there is one in the nearby village (30 km away) but the screenings are like four times a week, so it’s good luck if you’re not working then. The best one of the new films to me I’ve seen this year is still Spotlight, the runner-ups being Captain America: Civil War, The Big Short, Pan’s Labyrinth, In Your Eyes and of course Deadpool that delivered even though I had huge expectations! And when it comes to my IMDb-challenge, I’ve watched four from the list. And I’m planning on watching two more today! I already watched No Country for Old Men. On TV side I’ve been hooked to Bones the most of the year and as I’ve been quite tired this summer (I’ve been working at festivals, so it means travelling around all the time), I’ve mainly watched Gilmore Girls as I find it comforting. I did finish watching Outlander, though. It was recommended to me back then when I started my TV challenge. 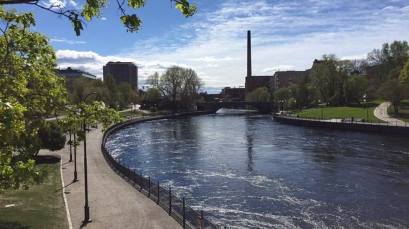 There you go. This year has kinda gone past without me really noticing it. The summer went and I mainly worked. I only slowed down during the last few weeks and visited a friend in Kalajoki. While in home, I’ve been in Tampere, my favourite place in Finland (pics above, first Kalajoki, 2nd Tampere). I’m still in the middle of my uni, I still need to do the practical training and thesis. As I wrote in the end of the year, I wanted to stay in Amsterdam but couldn’t in the end, so I decided to go to Lapland to make some money after coming back to Finland in the end of January I did apply here and there during the last spring but didn’t get a place that I really wanted, so graduation post-boned but it’s OK. Now I’m off to Saariselkä. Winter is coming. 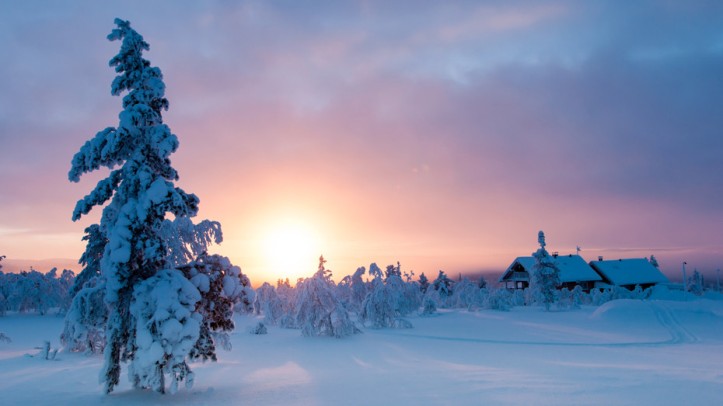